Another Dynamic Use Of Lasers 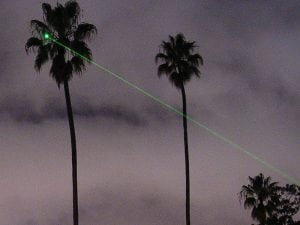 production through maintenance and alignment.  In our last post, we relayed a story about the use of lasers to unveil interesting findings about Stonehenge.  Lasers are becoming more prevalent in mechanical and scientific uses.  In fact, there was another story this week about how lasers, and green ones in particular, are being used to detect tiny traces of hazardous materials.

A team of Israeli researchers incorporated the green pointer into a portable system. Potentially, the technology called Raman spectroscopy, which incorporates the pointer, extends to fieldwork and forensics.  Raman spectroscopy is commonly used in chemistry, since vibrational information is specific to the chemical bonds and symmetry of molecules. Therefore, it provides a fingerprint by which the molecule can be identified.

Inside Science contributor, Peter Gwynne wrote an article yesterday and interviewed Ilana Bar, a physicist at Ben-Gurion University of the Negev in Israel. “”Since this laser is one that can be purchased for personal use, we wanted to try it due to its low cost,” Bar said, adding that the green laser’s shorter wavelength would improve the “inherently weak Raman signal.”

“The spectral sharpness of the green laser pointer ought to be fairly good,” added Andrew Berger of the University of Rochester’s Institute of Optics. “It seems plausible that it could be a cheaper source of narrow-band light.”