We have a lot of fun with this blog, whether we’re detailing a product that we sell or reporting on new developments in laser technology.

There’s just so much out there to talk about and it’s exciting to be part of something that feels so futuristic but is also impacting numerous industries today.

We’ve discussed at length some of these innovations in the military and medical industries.

While some of these new applications are certainly exciting, they may not be completely earth shattering.

So, how about this then – a laser application that could help change the way we look at water? 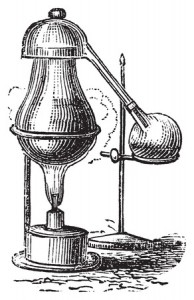 At the University of Rochester, scientists have been “using lasers to transform metals into water-repellant surfaces that could be used for applications such as rust prevention, anti-icing and sanitation” (Source).

Now this is as complex as it sounds, as the scientists are using laser precision to change the properties of metals.

This sounds a lot like alchemy to us, which is an ancient practice that partially seeks to transmute base metals into gold or silver – so, basically changing the properties of things.

While transforming metals into water-repellant surfaces may not seem as glamorous as making gold appear out of thin air, it’s still really cool and an innovative leap.

I suppose “really cool” is a severe understatement – further development of this laser application could help change the landscape in developing countries where water is scarce.

It could save lives.

With funding provided by the Bill & Melinda Gates and the United States Air Force, this project is definitely viewed as something necessary and important. Check out the video below and let us know your thoughts.

In other news, lasers played a supporting role in the Department of Defense’s fiscal year 2016 budget request, which was released on February 2.

The total amount requested was a “meager” $585 billion, as reported by the Center for American Progress. 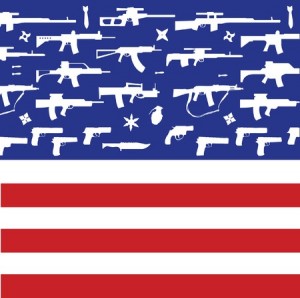 The think tank’s report, although rife with budgetary skepticism, illuminates the need for consistent technological innovation.

“The budget request does place some smart bets on investing in innovation efforts that are not tied to specific, costly platforms. Investments in the Aerospace Innovation Initiative; navigation and space, as well as intelligence, surveillance, and reconnaissance capabilities; and new types of weapons, such as the high-energy laser, are necessary to retain our formidable technological edge.”

Continuing to develop the potency and use of high-energy lasers is necessary for the country as a whole to retain its formidable technological edge.

Thankfully, the proposed budget seems to take that into consideration.

We can only hope that when the budget passes that money is allotted for continued laser innovation. The country may depend on it.

What kind of laser innovations would you like to see? Let us know in the comments below!