A Brief Look at the History of Laser Technology - Seiffert Industrial

It’s safe to say that the world in which we live today would be much different if not for lasers. Laser technology is only about 100 years old, and even though a wide range of industries use laser technology, it’s still very much in its infancy.

So, how did we get to this point where life without lasers seems like it would be almost impossible? Let’s take a look back at the history of laser technology to find out.

Way back in 1917, the great Albert Einstein published a paper called “Zur Quantentheorie der Strahlung” (which means “On the Quantum Theory of Radiation”) that helped lay down the foundation for what would eventually become laser technology. In his paper, Einstein—who, we should point out, was inspired by an earlier study conducted by Max Planck on the relationship that exists between radiation and energy—detailed a theory he had on a concept called “Stimulated Emission.” Einstein’s theory ended up playing a pivotal role in laser technology moving forward. 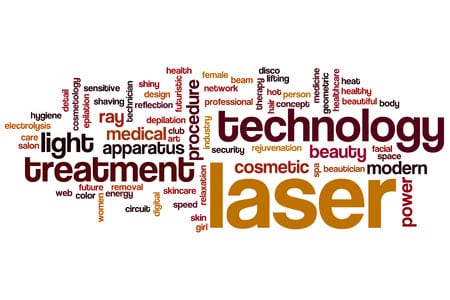 While Einstein laid the groundwork for what laser technology would eventually become, he didn’t play a big part in the development of it. Instead, other scientists who picked up where Einstein left off and worked to prove his theory while pushing it forward. One such scientist was Rudolf Ladenburg, who confirmed Einstein’s original theory in the late 1920s. Another scientist was Valentin Fabrikant, who took Einstein’s theory and built upon it by theorizing that stimulated emission could be used to amplify radiation.

Throughout the 1920s, 1930s, and 1940s, laser technology was still, more or less, a theory that scientists were trying to get off the ground. But once the 1950s rolled around, laser technology moved up to the next level, due in large part to the tireless work done by scientists like Charles Townes, Alexander Prokhorov, and Nikolay Basov. They worked to develop the quantum theory of stimulated emission and, furthermore, they were successful in demonstrating the stimulated emission of microwaves. They ended up winning the Nobel Prize in Physics for the important work that they did.

However, it wasn’t until the late 1950s that the concept of a so-called “laser” finally took off. Gordon Gould, then a Columbia University graduate student, theorized that stimulated emission could be utilized to amplify light. He was the first scientist to coin the term “laser,” which was an acronym for “Light Amplification by Stimulated Emission of Radiation.”

It took the physical form.

The 1950s may have given the laser its name. But it took until 1960 for the very first laser to take shape. American physicist Theodore Maiman is credited with putting the first laser together at Hughes Research Laboratories in Malibu, California. The laser that Maiman built relied on synthetic ruby to send out a red beam of light. The light had a wavelength of 694.3 nm.

It evolved quickly from there.

Once Maiman created the ruby laser, there were several other lasers that followed. In 1960, a gas laser was invented by physicist Ali Javan. In 1962, a semiconductor injection laser was created by inventor Robert Hall. And in 1964, a carbon dioxide laser was founded by electrical engineer Kumar Patel. The carbon dioxide laser, in particular, made a big splash in the world because it was much cheaper than the ruby laser and also a lot more efficient. It’s still the most popular industrial laser on the planet today. 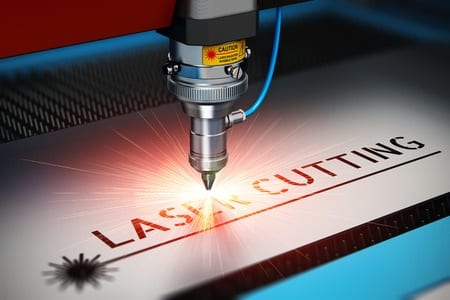 Laser Technology continues to change the way we all live.

Since the 1960s, laser technology has continued to evolve and change the lives of people all around the world. In the 1970s, scientists found a way to use lasers to etch silicon computer chips. In the 1980s, they used them to make laser eye surgery a possibility. And ever since then, laser technology has kept on growing. It’s going to be interesting to see how much further the world can push it over the next 100 years.

At Seiffert Industrial, we specialize in providing companies with laser alignment systems as well as other industrial tools that help them keep their equipment up and running. If you would like to learn how your company could benefit from utilizing lasers, call us at 800-856-0129 today.