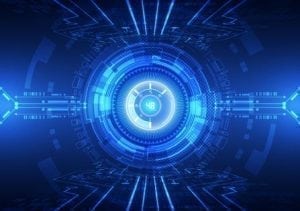 Lasers have played a big part in the evolution of humans, and it seems new things are being made possible by lasers all the time. However, did you know that lasers are also benefiting those that lived hundreds of years ago by teaching us more about their existence?

For generations now, those living near Johannesburg in South Africa have long suspected that a “lost city” existed in a place called Suikerbosrand. However, thick vegetation has made it almost impossible for this city to be examined closely. But recently, an intricate laser system shed new light on the city and revealed that it did, in fact, exist.

Karim Sadr, a professor at the School of Geography, Archaeology, and Environmental Studies at the University of the Witwatersrand, used LiDAR (Light Detection and Ranging) technology earlier this year to unearth new findings about the city. He was able to take a closer look at almost 8 square miles of land, and he found more than just individual homesteads that suggested a village may have existed. He found evidence that an entire city was once set up in the area complete with more than 800 homesteads and somewhere in the neighborhood of 10,000 people. The city was believed to be inhabited by those who spoke the Tswana language from sometime in the 15th century until about 200 years ago.

The fact that LiDAR found so many remnants of this “lost city” is exciting because it now gives researchers more of a reason to investigate the city further. It will be well worth their time to start digging around in the area more to see what else they can discover.

LiDAR is also further proof that lasers are playing a more important role in our world than ever before. Seiffert Industrial understands this and utilizes lasers in a variety of ways in the industrial world. Call us at 800-856-0129 today to see how laser technology might benefit you.