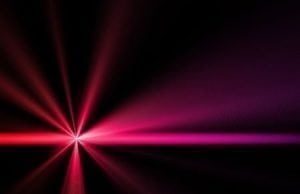 The balloons were 62 miles apart and outfitted with a series of lasers, mirrors and lenses designed to transmit and receive data from afar. The balloons targeted and tracked each other with a pair of laser beacons.

Then, quite fittingly, one balloon used another more powerful laser to beam a copy of the 80’s nerd comedy Real Genius to the other balloon at 115 megabits per second.

The balloons were able to maintain a stable optical connection for hours over the course of three days of testing. Needless to say, this maneuver required intense precision.

The transmitting balloon had to maintain focus on a 1.5 inch target with a laser about the diameter of a chopstick.

Compared to earthbound fiber optic connections, 115 mpbs transfer speeds might not seem like much to write home about. In a later test, however, the team at Google X was able to achieve a very respectable gigabit per second transfer speed between the balloons.

Google hopes to be able to use this technology to deliver broadband internet in some of the world’s most remote and under-served communities.

Optical communications have actually been used in space for quite a while, but it’s somewhat easier to accomplish in a vacuum.

Here on earth, weather conditions and atmospheric scintillation can interfere with the lasers’ aim. Google has managed to overcome these hurdles by floating their balloons above the threshold where scintillation and weather interference tend to occur.

Google’s system might still be in its infancy, but in the future optical communications may be responsible for delivering internet to millions of people around the globe.