Devices that fired lasers used to be something that people only dreamed of or saw in movies. 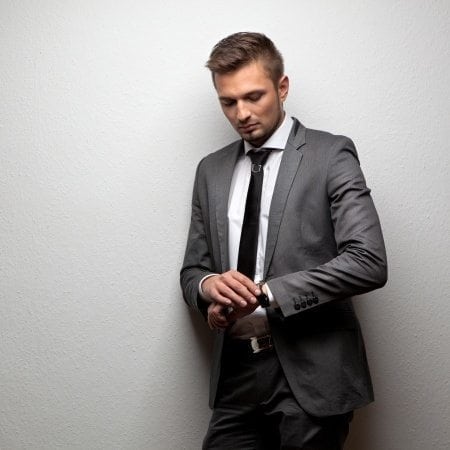 With today’s technology however, lasers can be used in just about anything.

In fact, real life spies are now able to outfit themselves with laser technology the likes of which only fictional characters like James Bond ever got to use.

Recently, inventor Patrick Priebe created a watch that can both tell time and fire lasers.

In fact, technology has advanced so far that Preibe himself describes the watch as something he made in his spare time using only junk parts.

But this watch doesn’t simply fire an infrared beam like a laser pointer.

No, this device is actually a bit dangerous.

The laser that the watch can produce can actually burn through plastic and other material.

It can even burn a hole through a wall, which is why the wearer needs to take extra precautions any time they glance down to check the time.

Despite the potential danger, people are very interested in the device.

Priebe posted a video of the watch in use that gained almost a million views in less than a week. According to Priebe, the device is made out of leftover tubing and other parts he found lying around.

And although the comparisons to James Bond are obvious, he claims he isn’t even a fan. Instead, he drew his inspirations from science fiction stories.

This watch is just one of the ways that fiction involving lasers are quickly becoming fact.

Do you think this watch is a good idea, and would you wear one?